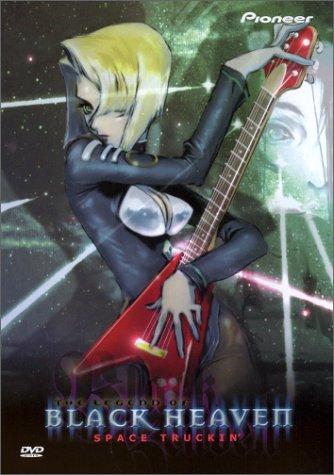 Even though you'd know the ending was predictable that Oji's band were finally back together and that they saved the world from the other evil musicians from space, I honestly didn't expect he and Yuki would kiss. Although he did say he'll be back with the wife regardless if she divorced him. I was kinda dissapointed because he was always upset at the wife for throwing out his old electric guitars without even asking him and like Yuki was always helping him out if he needed stuff to do. I know he has a son but he wasn't happy with the wife in my personal opinon! Anyways I'll let the writers decide on their opinions of the ending lol!

Again for this anime, I really loved the rock music and the fact that it is from 1999, makes you feel really old when you were only around 4-5 years old then lol! I know I watched a good number of anime but this particular one stood me more with nostalgia. I'll give this anime an 8/10!